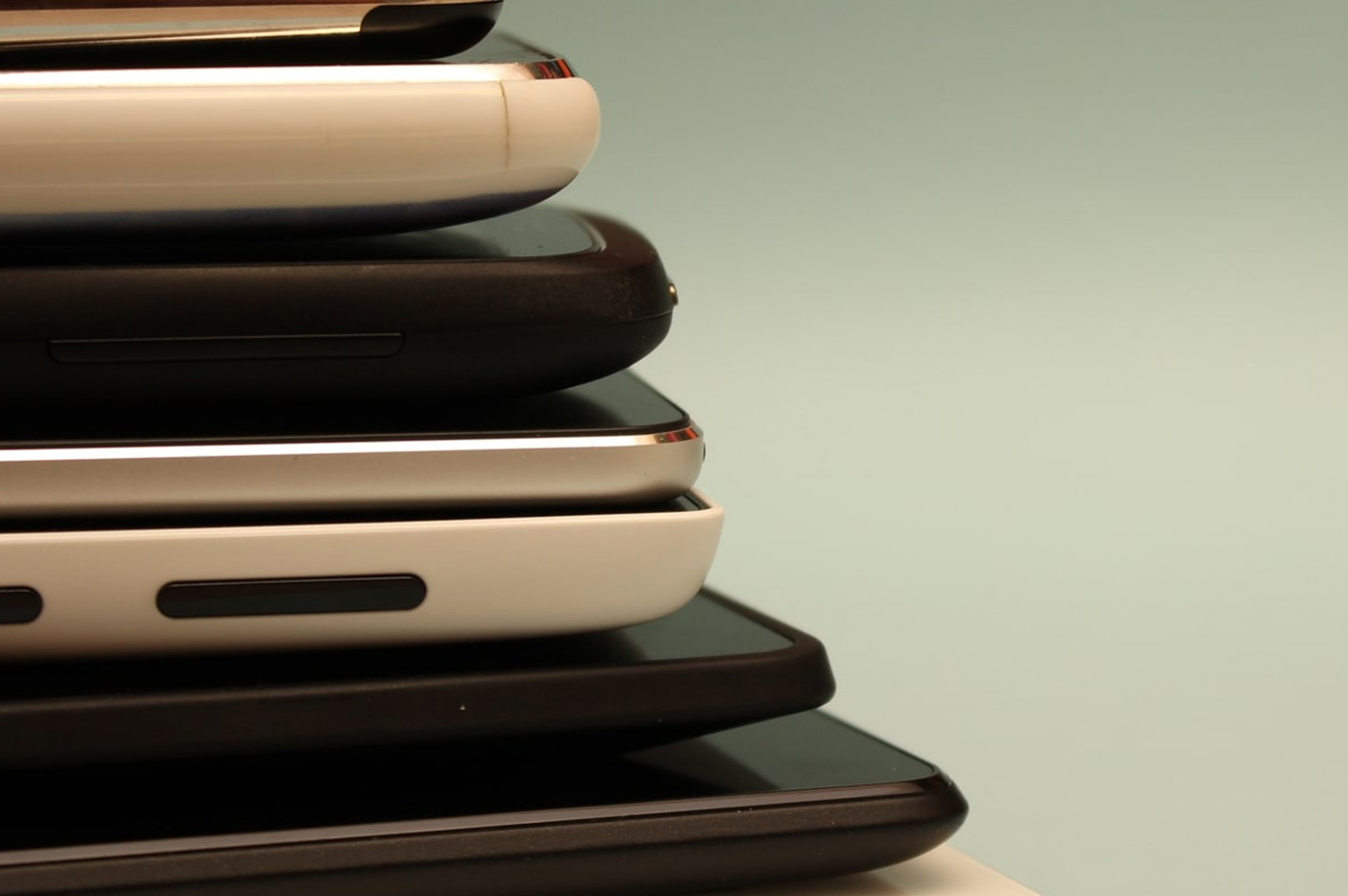 Studies show that AMP drives more revenue and positive ROI. This includes prior analysis done by Perficient Digital as shown in our canonical guide to AMP. In addition, a Forrester economic-impact study outlines how greater page-load speed increases conversions, traffic and pages per visit.

There’s a lot of positive, individual-use cases for how websites are succeeding with AMP, but there are also stories out there where things didn’t go so well. In our experience, that’s usually because the implementation was poor, resulting in a poor UX. Going from a slow site with great UX to a fast site with bad UX is probably not a win, in our opinion. But what about a study that evaluates the impact of AMP across millions of pages, across industries and across multiple domains? To date, there’s hasn’t been a comprehensive, large-scale study of AMP of this type until the one you’re reading right now.

WompMobile, a software platform that converts websites to AMP pages and Progressive Web Apps, focuses on the development of fast mobile experiences. Ranging from publishers and enterprise businesses to eCommerce, this study features 26 web domains and more than 9-million AMP pages. All of WompMobile’s AMP implementations were examined to see the overall performance of those pages in aggregate.

WompMobile and Perficient Digital collaborated on this analysis to provide the results shown below.

Overall, 22 of the 26 websites (77%) experienced organic search gains on mobile. Other areas of improvement include SERP impressions and SERP click-through rates. A summary of the results across all 26 sites is as follows: 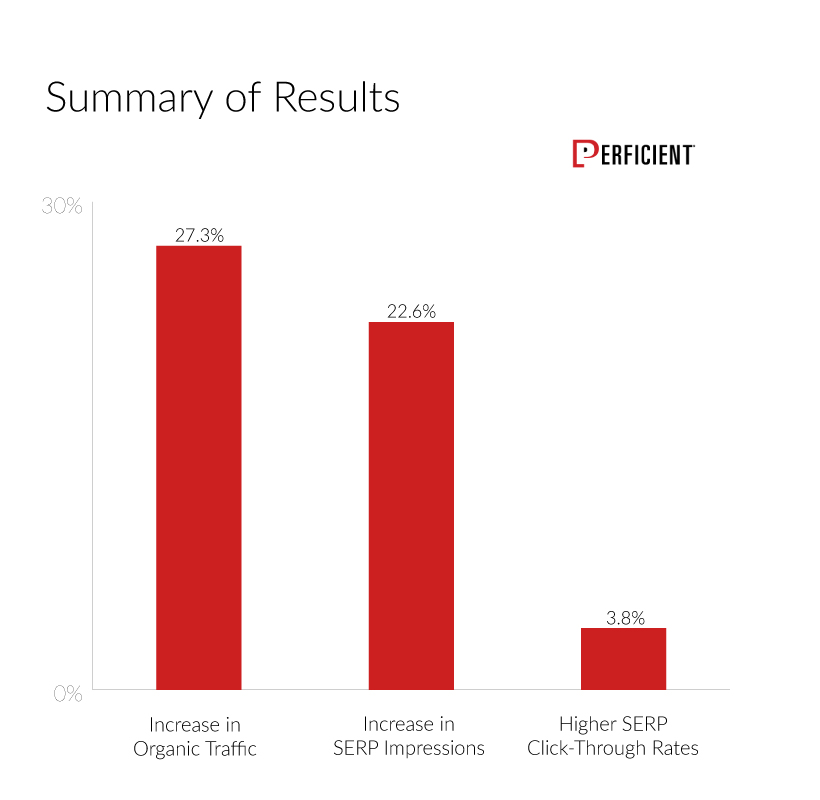 Measuring rankings gains is a tricky and nuanced process. It’s not really as simple as counting how many keywords go up or down, or how many are in the top 5 before and after.

Measuring rankings gains is a tricky and nuanced process. It’s not really as simple as counting how many keywords go up or down, or how many are in the top 5 before and after. These types of measurements are deceiving, as they don’t account for the fact that some search terms are far more important than others.

We prefer to calculate a “Search Visibility” score based on measuring increases in overall presence in the SERPs. Given the scale of the work for this study we chose to do that by pulling data from Google Search Console (GSC) on the overall impressions generated across all keywords that ranked, as well as their rankings.

We then applied a click-through rate table that we obtained from BrightEdge to calculate the amount of potential traffic that those rankings might deliver. We summed these numbers up for all of the participating sites, using the period of 30 days before the AMP implementation rolled out and comparing that to the period 30 days after.

We could have just used click data from GSC, of course, but this does not separate out two other factors that could increase a user’s propensity to click on a particular SERP over another:

This data suggests that there were some rankings gains during the time period. So that still leaves us with the question as to whether or not having an AMP implementation is a direct ranking factor. In spite of the above data, our belief is that the answer is that it’s not.

First of all, Google steadfastly denies that AMP is a direct ranking factor. As for the possibility that rankings gains might come from the overall increase of site performance, Google also maintains that speed is only a ranking factor for sites that are quite slow, which then might see some decrease in ranking.

However, a recent study on mobile site speed, a study by SearchMetrics showed a strong correlation between page speed and ranking. What could be behind that?

Frankly, this is speculation on our part, but let’s start by stating that we take Google at their word that AMP is not a direct ranking factor, and that page speed is only a ranking factor with very slow sites, for which it’s a negative factor.

However, we’re strong proponents of the idea that Google uses a variety of user-engagement factors as a ranking signal. As we have seen consistently in the data in our other study, AMP pages see lower bounce rates, longer times on site, and more page views per session. While these may also not be direct ranking factors, they are strong indicators of improving user engagement.

Whatever factors that Google may be using, those metrics may improve on sites that have become much faster, and hence drive some level of rankings gains. Correspondingly, that would drive some of the lift in organic search traffic.

About one in five sites did not see improvements after AMP implementations. There are a variety of factors for this:

We started by creating Before and After time periods for each client, specifically:

We then looked at two different data sources in the Google Search Console:

Some of the sites examined have both HTTP and HTTPS properties and, for these clients, we combined both data sets. To combine the aggregate clicks and impressions, we simply sum them. To combine query specific data (if a client surfaces both HTTP and HTTPS results for the same query), we sum the clicks and impressions, while keeping the highest CTR and position value.

We didn’t, however, average the CTR or position because if a client ranks both at #1 and #2 for a search term, it’s correct to count this as position #1, not position #1.5. We then do the same for the After period, combing both WWW and AMP properties in the same fashion. Again, if a client has both AMP and non-AMP results for the same query, we take the highest position of the two and combine the clicks and impressions.

Once we’ve combined Before and After datasets, we performed the following comparisons: 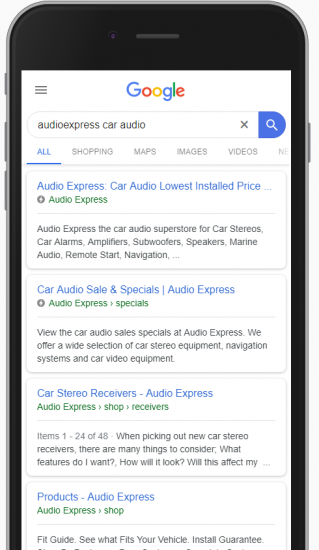 As a result, in both instances, AMP and non-AMP traffic is split and impressions double, according to GSC.

The above problem can be solved with GSC “Property Sets.” Property Sets, however, are not yet available in GSC Beta. For the purposes of this case study, we required GSC beta because it provides 16 months of data, instead of three months.

To work around this problem, we developed a way to estimate the actual post-AMP CTR.

We downloaded the top 999 queries for both the www-dot and amp-dot properties, and then measured how many queries appeared in both sets (looking at the after period, per client). For clients that had less than 999 queries, we downloaded all their queries. On average, there were 312 overlapping queries and 1,578 distinct queries in the after period, meaning that about 20% of the time, on average, a query will surface results from both amp-dot and www-dot, thus inflating impressions and deflating CTR about 20%.

Performing the above calculation, on a per client basis, allowed us to estimate a more accurate CTR.